Wednesday night will see Atletico Madrid hosting Manchester United in their 1st leg of the Champions League play-offs. Both teams have been struggling this season with Atletico sitting 5th in La Liga and Manchester United 4th in the Premier League, a clear step back from last season where they finished 1st and 2nd, respectively. Who will come out on top on Wednesday?

The Spanish side managed to win only 2 matches in Group B, drawing once and losing 3 times. Truth be told – playing against Liverpool, Porto and Milan isn’t too easy of a task in itself. In the domestic league, Diego Simeone’s team has tried to steer away from their classical water-tight defence in favour of a more attacking style of play. Easy to conclude, this hasn’t really worked out for them as they sit in 5th place, 15 points behind 1st place Real Madrid.

So expect to see a more traditional Atletico on Wednesday at the Estadio Wanda Metropolitano – direct, long passes and aggressive defending. Los Rojiblancos will miss Yannick Carrasco and Felipe Monteiro due to suspension. The injury roster is filled with Thomas Lemar, Benjamin Lecomte, Daniel Wass and Matheus Cunha. Antonie Griezmann has also just returned from an injury so his match fitness will be a question mark. 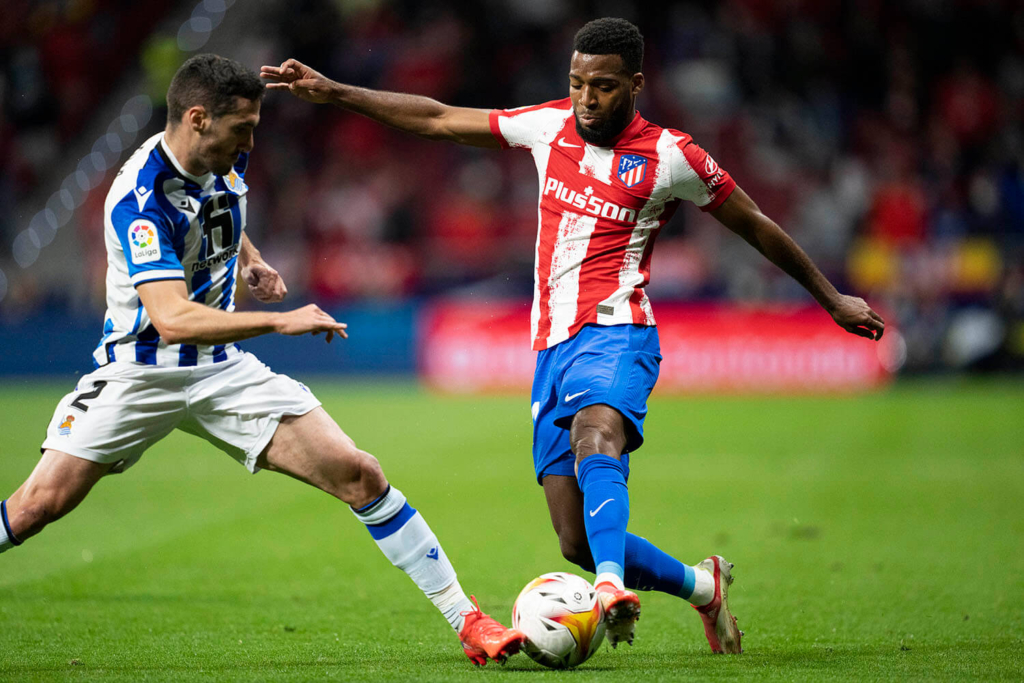 United secured 1st place in Group F, just ahead of Villareal, but conceding 8 goals in the process. All eyes will be on Cristiano Ronaldo, who scored 6 times in the Group Stage and has scored a whopping 25 career goals against Atletico Madrid.

The English side comes off a thrilling 4-2 win against Leeds United last Sunday and has almost all players available for the upcoming match in Madrid. Mason Greenwood remains suspended from all team duties due to an ongoing police investigation with allegations of domestic abuse. Only potential starting player on the injury list is none other than Edison Cavani who is still out with a groin injury.

Ralf Rangnick is respectful towards the Spanish side with quotes of him saying “It will be physical, it will be emotional, we have to be mentally strong in both games, more so away. We’ve never played each other yet but I’ve always admired what he’s (Diego Simeone) achieved in 11 years.” So with both sides gearing up for an undoubtedly heated match, how will it turn out?

Head to head and expected outcome

Recent history tells us that the two sides have been wildly inconsistent this season with displaying embarrassing and confident performances side-by-side. This means, while it’s difficult to say for sure how the cookie crumbles, Atleti have the home court advantage and this should be enough to clinch the 1st leg, despite the line-up issues.

Overall, this tie is wide open and could easily swing either way.

OlyBetTV prediction: 1-0 to Atletico in the 1st match but 2-0 to Ronaldo at Old Trafford.