Friday, March 18, Nyon, Switzerland. UEFA headquarters hosted the ever-exciting Champions League event, where both the quarter-final and semi-final pairs were drawn. What are the match-ups and who will hope to advance to the semi-finals?

We don’t have to wait for long. The quarter-finals will start already on April 5 and 6 with the return fixtures on April 12 and 13. The four pairs were drawn as follows:

A repeat of last year’s semi-final and probably the most closely matched tie. Some nostalgia for Eden Hazard and Thibaut Courtois as they face the Blues once again. Last time around, the now defending champs drew 1-1 in the 1st leg match against Real and convincingly pulled off a 2-0 win in the return leg on Stamford Bridge. Head-to-head stats are clearly in Chelsea’s favor as they haven’t lost a single match against the Spanish side – 3 wins and 2 draws, alongside a rather convincing 7-3 goal difference.

In the domestic Premier League, Chelsea sits comfortably in 3rd place with little chance of moving up or down in the table. This means Tuchel’s side can solely focus on defending the CL title. Question-marks remain over Romelu Lukaku and the club’s possible new owner.

After an incredible come-back in the Round of 16 against PSG, Real will be confident to try and add the 14th CL title to their tally. In La Liga, Real has pulled away from the rest, securely sitting in 1st place, even after a dismal performance and embarrassing 0-4 loss in El Clasico over the weekend. Fair enough, they missed King Karim Benzema to a soleus injury. Two weeks will hopefully be enough for the in-form Frenchman to return to the squad.

Can Diego Simeone conquer Manchester? Round of 16 saw Atletico narrowly eek past Manchester United, coming away with a 2-1 win on aggregate. However, if he manages the same feat, then it will be a much bigger upset this time around.

Manchester City took their foot off the gas pedal in the Round of 16 return leg, after trashing Sporting 5-0 away. Domestically, things are heating up, with Liverpool closing the gap. Still, the stars are very much aligned for Pep Guardiola to finally bring City their first-ever Champions League trophy. 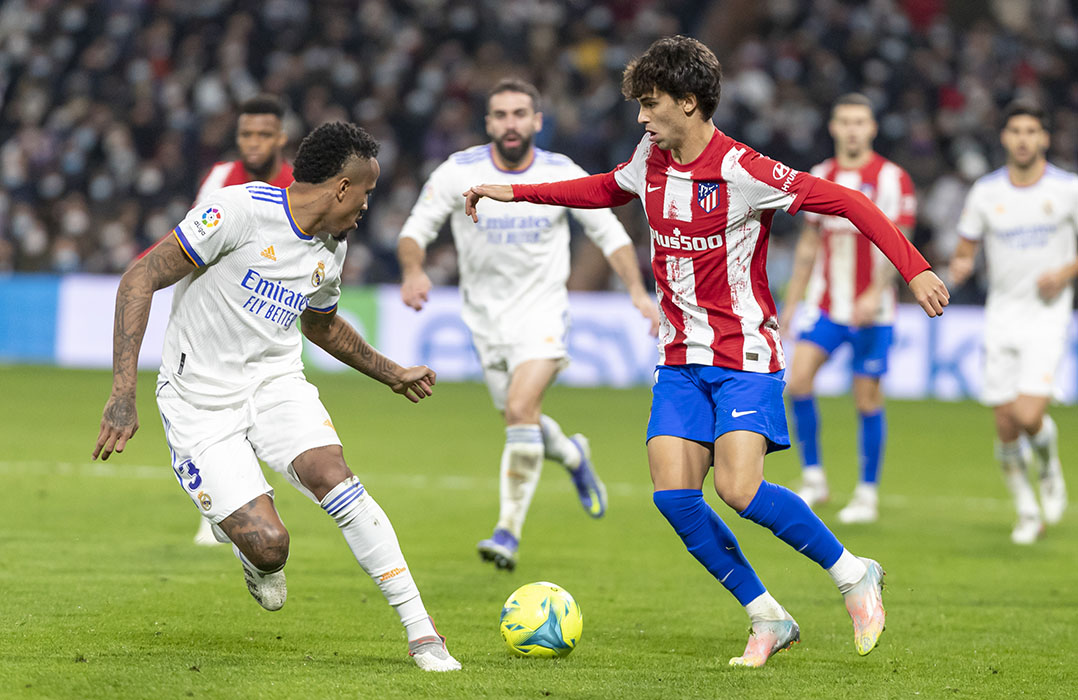 Historically, the two sides have yet to meet in European fixtures, but Pep and Simeone have plenty of experience against each other. Atleti have reverted to their good-ol’ trustworthy approach of “defend at all cost” and expect City to have their hands full with trying to break the deadlock. Look out for Joao Felix, Angel Correa, Antoine Greizmann and Luis Suarez on the counter-attack.

The current Spanish league number 7 stunned Juventus 3-0 in the 2nd leg and advanced to the Quarter-Finals 4-1 on aggregate, much to everyone’s surprise. Villarreal is never a pushover when it comes to European fixtures. They are the defending 2020/21 Europa League champions, after all. Still, the Bavarians will be quite pleased with the draw.

Domestically, Bayern continues their Bundesliga dominance and Robert Lewandowski continues to score goal after goal. After a rather unexpected 1-1 draw against Salzburg in the 1st leg of Round of 16, Bayern cruised past the Austrian side 7-1 in the 2nd leg.

Expect games where Bayern will dictate the tempo of the game and dominate in possession. Villareal will try to park the bus, playing to their counter-attacking prowess. We anticipate a tough, physical match-up and of course, the ever-strong Bayern to advance to the semi-finals. Odds of that happening stand at 1.10 for and 7.10 against it.

Benfica will be happy to have made it this far and Liverpool will be even happier to have drawn the Portuguese side, who should be the weakest of the last eight. The former surprisingly squeaked past Ajax in the Round of 16, with a late goal from Darwin Núñez seeing them advance 3-2 on aggregate.

In the Primeira Liga, they sit (again) quite comfortably in 3rd place. When asked about the draw, Liverpool’s Klopp stayed respectful, complimenting the Portuguese side on advancing and expecting a “tough one”. However, knowing that they will firstly meet in Lisbon and have the homecourt advantage for the second leg, The Reds will be confident to advance.

In the Premier League, Liverpool has been in tremendous form, putting together a winning streak that has seen them close the gap with Man City to only a single point. Something that looked quite unlikely just a month ago.

And the Big Final?

The Champions League final is on May 28 at Paris’ Stade de France.

Dominance At The Top Of The GC! | Critérium Du Dauphiné 2022 Stage 8 Highlights

The Man Mike Tyson was afraid of – Jack Dempsey

NBA Top 5 Plays From Game 3 Of The #NBAFinals

Confirm selection
We use cookies on our website to give you the most relevant experience by remembering your preferences and repeat visits. By clicking “Accept All”, you consent to the use of ALL the cookies. However, you may visit "Cookie Settings" to provide a controlled consent.
Cookie SettingsAccept All
Manage consent

This website uses cookies to improve your experience while you navigate through the website. Out of these, the cookies that are categorized as necessary are stored on your browser as they are essential for the working of basic functionalities of the website. We also use third-party cookies that help us analyze and understand how you use this website. These cookies will be stored in your browser only with your consent. You also have the option to opt-out of these cookies. But opting out of some of these cookies may affect your browsing experience.
Necessary Always Enabled
Necessary cookies are absolutely essential for the website to function properly. These cookies ensure basic functionalities and security features of the website, anonymously.
Functional
Functional cookies help to perform certain functionalities like sharing the content of the website on social media platforms, collect feedbacks, and other third-party features.
Performance
Performance cookies are used to understand and analyze the key performance indexes of the website which helps in delivering a better user experience for the visitors.
Analytics
Analytical cookies are used to understand how visitors interact with the website. These cookies help provide information on metrics the number of visitors, bounce rate, traffic source, etc.
Advertisement
Advertisement cookies are used to provide visitors with relevant ads and marketing campaigns. These cookies track visitors across websites and collect information to provide customized ads.
Others
Other uncategorized cookies are those that are being analyzed and have not been classified into a category as yet.
SAVE & ACCEPT