With the Champions League Group Stage behind us, the 1st leg of Round of 16 is just around the corner. One of the highlight matches will surely be Paris Saint-Germain vs Real Madrid who will face off on Tuesday, February 15.

Both teams displayed overall strong performances in their respective groups, but not without hiccups. On several occasions fans were left wondering if these two major European clubs have what it takes to go all the way this season. Case in point – Real Madrid losing 1-2 vs Tiraspol Sheriff or PSG drawing 1-1 vs Club Brugge.

In the end the two giants managed to qualify quite comfortably by displaying top-notch teamwork. PSG came away with 3 wins, 2 draws and a single loss whereas Real won all 5 remaining games besides the loss against the Moldovian club.

The French side is the slight favourite with odds of them winning the 1st leg encounter roughly 2 to 1. Real will likely be happy to leave Paris even with a 0-0 draw as the away goal rule isn’t enforced anymore – all ties will be played out in the 2nd leg with extra-time and penalties. This would result in Real Madrid as the clear favourites for the 2nd leg match at the Santiago Bernabeu.

Similarities can be found on both sides – PSG is once again running away with the Ligue 1 trophy and Real has managed to cushion their La Liga lead by 3 points with a game to spare ahead of Sevilla. Same applies to injuries, which could affect the outcome of the upcoming game.

Los Blancos have been missing Karim Benzema due to a thigh injury and Ferland Mendy’s participation in the 1st leg is also yet to be confirmed. Benzema has scored 24 goals this season and he has been the go-to man as far as goals are concerned. The recent 0-1 elimination in the Copa del Rey Quarterfinals could very well be attributed to the absence of the two Frenchmen. Ancelotti will be keen to have them back as Madrid’s statistical chances of winning have been better when both players participate. 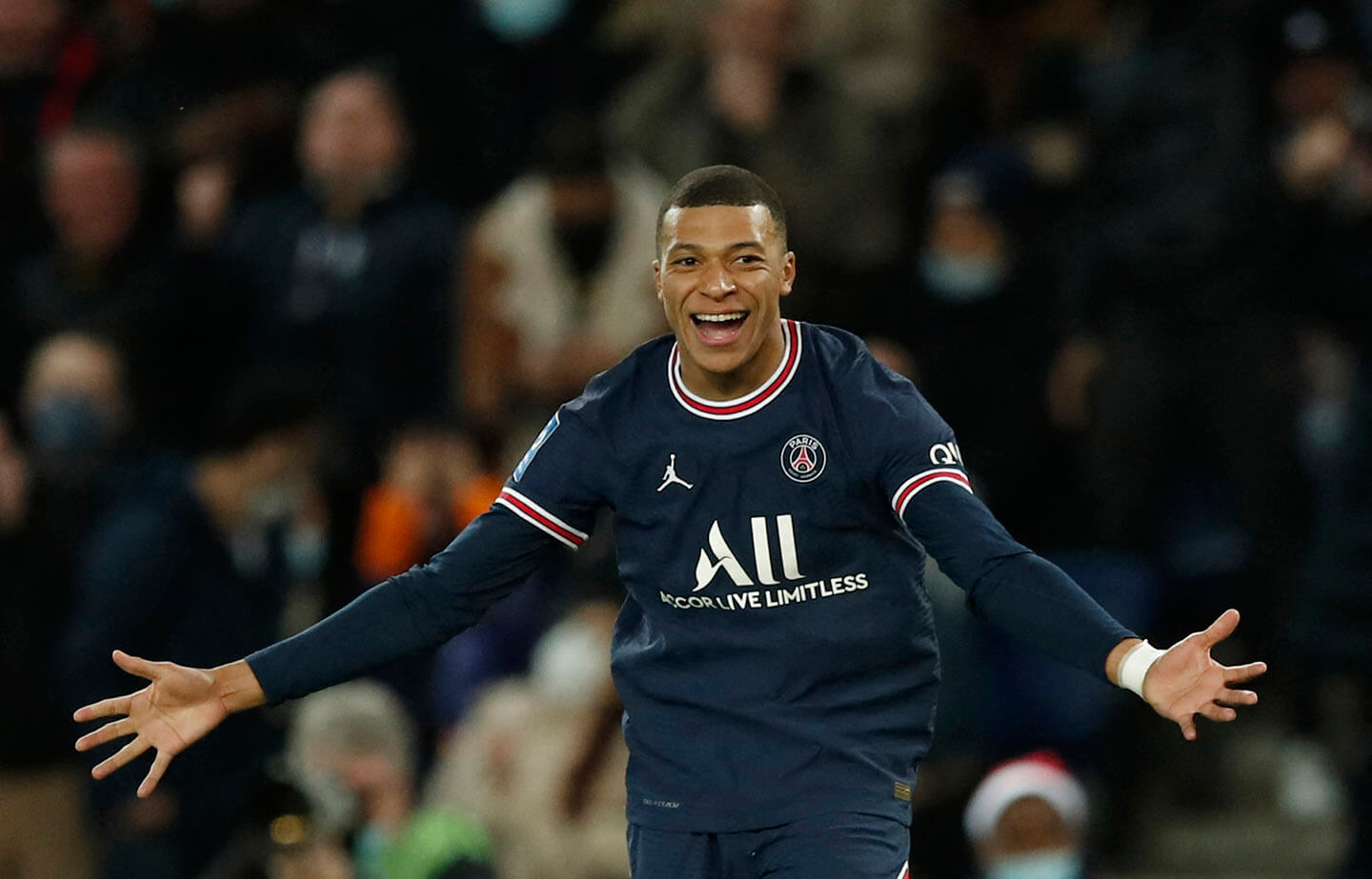 For Real Madrid, the upcoming match has an additional meaning as they want to impress Kylian Mbappé, so he would finally make the move to the Spanish capital. Mbappé is expected to stay in PSG ranks until summer and will aim to use the match to prove his price tag to Ancelotti’s side.

Problems have occurred on the French side as well as Neymar has been out with an ankle injury since November but returned to training on Thursday – just 5 days before the much-anticipated clash at the Parc des Princes. Sergio Ramos remains a doubt with his calf problem. The 35-year-old has made just five appearances for his new club this campaign which has left him and the Parisian fans disappointed. Still, there’s plenty time ahead of the 2nd leg match for the ex-Real player to play in Bernabeu once again.

Head-to-head stats are in Real’s favour with the Spanish side winning 3, drawing 2 and losing only 1 encounter versus Paris St Germain. Get ready for Tuesday evening as this has all the potential to end up as a Champions League classic.

Cale Makar or Victor Hedman – Who is the better defenseman? | Fantasy on Ice