Earlier than ever, football across Europe is set to kick off at the start of August. All to accommodate the rare mid-winter Qatar 2022 World Cup. Throughout the summer, clubs have been busy buying, selling, and loaning players to beef up their squad. Who’s in and who’s out? What have been the biggest purchases so far?

Unless you lived under a rock, or maybe – in a more positive, summer theme – on a private paradise island with no internet for the last 2 months, then this move shouldn’t come as a surprise. The Norwegian striker piled up the goals for Dortmund, as he scored 29 times in a mere 30 games during last season. Now he’ll don the famous light blue jersey of reigning Premier League champs, Manchester City. Transfer price? A modest 60 million euros, coming in 2nd on this summer’s Premier League “Most Expensive Incoming Transfers” list, right behind Darwin Núñez (from Benfica to Liverpool, around 75 million euros). Add some bonuses, fees, etc and you’ll bump up the price tags to €75m and €100m, respectively.

Pep Guardiola also added the young midfielder from Leeds, Kalvin Phillips, to his squad, for reportedly €53,4m. Raheem Sterling and Gabriel Jesus both packed their bags, as they headed to London. Chelsea acquired Sterling for approx. €56m and Arsenal now have their own personal Jesus (pun intended) for €52m. How will Haaland cope with City’s style of play and can City utilize a proper number 9? Only time will tell.

Chelsea will be happy to see Lukaku exiting – although on an €8m one-year loan – to Inter, as he makes way for Sterling. Tuchel has stated that bringing on the Englishman was the club’s top priority and make no mistake, a hefty 5-year contract suggests they meant it. Antonio Rüdiger left for Real Madrid (free transfer) as he is replaced by Kalidou Koulibaly from Napoli, for a reported fee of €40m, making him the most expensive centre-back in club history. Both deals are for 4 years.

Arsenal has also been busy and brought on the likes of Oleksandr Zinchenko (Man City), Marquinhos (Sao Paulo), and Fabio Vieira (Porto), alongside the aforementioned Gabriel Jesus. The most notable exit being Alexandre Lacazette as the Frenchman returned to his hometown, Lyon. This makes Arsenal the biggest spender over this summer, as they departed with over €120m in net spend, closely followed by Chelsea. On the opposite end of the spectrum, we find Man City and Everton, with both over €50m in the green.

Tottenham signed Richarlison for nearly €70m as the Brazilian made his exit from Everton. Also in came Ivan Perišić (Inter Milan), Fraser Forster (Southampton), and Djed Spence (Middlesbrough) as Steven Bergwijn left the Spurs to return to Eredivisie. Ajax acquired the Dutchman’s rights on a 5-year deal for reportedly €31,4m.

The move that never happened – Ronaldo

The Danish hero, Christian Eriksen, has left Brentford (free transfer) in a hopefully upward move to Manchester United. Erik ten Hag has also secured Lisandro Martinez from Ajax as the club’s biggest signing of this summer. The 5-year contract has been said to be approximately €60.5m. Out go Paul Pogba who will return to Juventus, Jesse Lingard to the newly promoted Nottingham Forest, and Juan Mata exits with no clear plans for the future.

The two biggest rumor mills, Cristiano Ronaldo and Frenkie de Jong have stayed where they are. Ronaldo wanted to leave but found no one who really wanted him and de Jong is even willing to take a pay cut in Barca to stay with the Catalans. It is thought De Jong is still owed €22m by the club.

As the Reds missed out on the Premier League title again by a single point to Man City (flashbacks to 2018/19 season), Jürgen Klopp is keen to learn from his mistakes. Out goes Sadio Mané (Bayern Munich, €41m) and in comes Darwin Núñez (Benfica, €75m). The tall Uruguayan striker scored 34 times last season – twice against Liverpool in the Champions League Quarter-Finals – and is determined to do the same in Liverpool.

Two additional signings are the young Scottish talent Calvin Ramsay (€7.7m, Aberdeen) and Fabio Carvalho (undisclosed fee, Fulham), as Liverpool’s line-up is strong enough to avoid a big overhaul. Ramsay will aim to serve as Trent Alexander-Arnold’s sub and the talented Carvalho will hope to have a bigger impact on the team than pundits predict.

After winning the Championship, Fulham is determined to make this stint stick and finish the Premier League mid-table. What better way to do it than bring in fresh blood? The Cottagers brought on Andreas Pereira from Man United who spent his last two seasons on loan at Lazio. The second notable signing is the Portuguese Joao Palhinha who joined Fulham on a 5-year deal for €23.7m.

A long overdue move. The Polish striker Robert Lewandowski had his sights set on leaving Bayern for quite some time and now it’s finally done. Will the Bundesliga star shine bright in LaLiga? Barcelona and Xavi have gone through a heck of a ride in 2021/22 and will hope to again have a say in the title race.

After a busy mid-winter transfer window that saw the likes of Aubameyang, Ferran Torres, Adama Traoré, and Memphis Depay joining the Catalans, we can now also add Raphinha to the list. The Brazilian winger arriving from Leeds for a notable €58m. Considering the financial turmoil that has surrounded the club, one can only “admire” Barca’s ability to sign new star players, without selling too many of their existing ones.

Lewandowski was reportedly signed for €45m and the French centre-back Jules Koundé for another €50m.

Los Blancos are staying on course

After another run-away victory in LaLiga and clinching their 14th Champions League title, Real Madrid hasn’t made a whole lot of changes, except for Aurélien Tchouameni who was brought in from Monaco for a steep €80m. The Frenchman’s price tag was high as Chelsea, Liverpool, and Manchester United all bid for the young superstar. The defensive line-up is completed with Antonio Rüdiger, who joined from Chelsea as a free transfer. 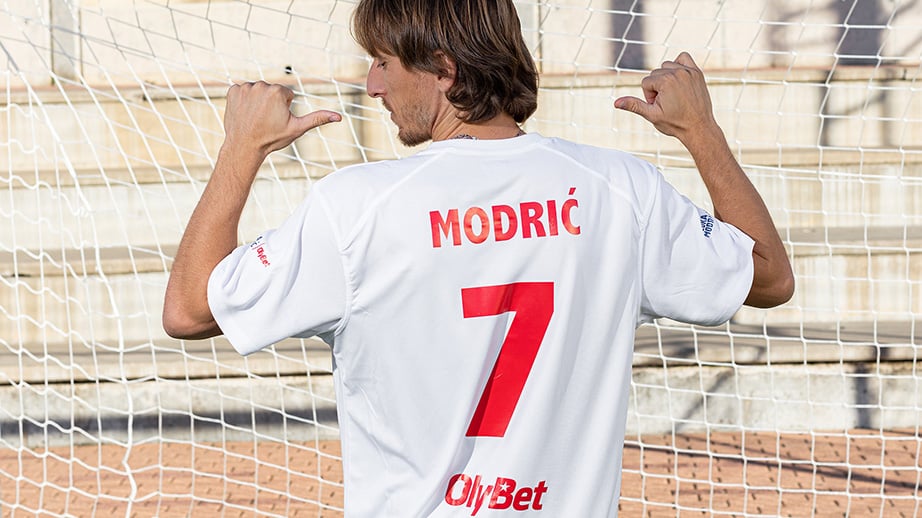 Real extended contracts with their legendary midfield-trio of Modrić, Kroos, and Casemiro.

Italians have been keeping busy

Serie A has seen transfers left and right with big names coming and going. Starting with the mid-table teams, Fiorentina has signed Luka Jović from Real Madrid (free transfer), Dodo from Shaktar Donetsk (€14.5m), and Rolando Mandragora from Juventus (€8.2m). Jović, the once highly hyped 24-year-old Serbian striker, was brought on with a rather creative deal – the two teams have to split his €5m salary between them for the first 2 years. After that expires, Fiorentina can finish the free signing and pay Jović €6m a year. We’ll see if the Serb can return to the glorious form that we saw in Bundesliga or if La Viola has to endure the same fate as Real. 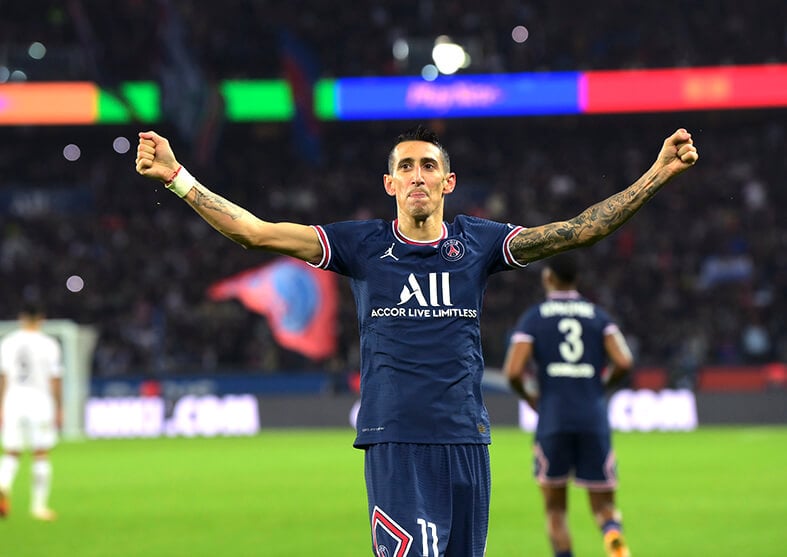 Juventus has brought on heavy artillery to their midfield with the likes of Ángel Di María (PSG) and Paul Pogba (Man United) joining as free transfers. The biggest outgoing names are Paolo Dybala (AS Roma, free transfer), Matthijs de Ligt (Bayern, €67m), and Federico Bernardeschi (Toronto, free transfer). As de Ligt’s replacement, the Brazilian defender Bremer has joined from Torino for €41m. After finishing twice 4th in Serie A and being stopped in the Round of 16 in the Champions League three times in a row, Allegri has his work cut out for him to make the Old Lady sing again.

The reigning Serie A champions, AC Milan, signed most notably Charles De Ketelaere from Brugge for €32m and Divock Origi from Liverpool as a free transfer. Franck Kessié left the club as a free agent to Barcelona, where he signed a five-year contract with a buy-out clause of 500 million euros. Runners-up, Inter now has Romelu Lukaku back from Chelsea, on a one-year loan for €8m.

Rounding up with Bundesliga and Ligue1

The biggest moves were done by the two big German names – Bayern Munich and Borussia Dortmund. As already touched upon above, Bayern has signed Mané from Liverpool and de Ligt from Juventus. The Bavarians hope that Mané will fill the empty slot left by Lewandowski and that de Ligt will return to his glory days from Ajax.

Dortmund sold Haaland to Man City and recruited two youngish centre-forwards to replace the Norwegian talent. In came Sebastien Haller from Ajax and Karim Adeyemi from RB Salzburg. Both for around €30m. Considering the former had a blistering hot Champions League season with 11 goals in 8 matches and the latter scored 19 goals in last year’s Bundesliga, then Dortmund will be confident to challenge Bayern for the title.

In Ligue 1, PSG has made some significant changes. Di Maria left for Juventus, Gigi Wijnaldum was loaned to AS Roma. The Portuguese midfielder Vitinha signed from Porto for over €40m and his fellow countryman Nuno Mendes has finished the move from Sporting to the French capital. The much anticipated Mbappe’s move to Real Madrid never came to fruition and the wonderkid will stay in Paris for the next 3 years, netting him over €250m.

10 Players Who FLOPPED On Big Contracts!

10 Players Having HORRIFIC Starts To The Season!

10 Players Set To DECLINE This Season!

TOP 10:Ranking Match Points of the Round – Watch Until the End – Champions League Volley Men Round 2