The Monte Carlo Rally, also known as Rallye Monte-Carlo, has a rich history dating back to 1911, when it was first organized as a competition to promote the city of Monte-Carlo as a tourist destination.

The rally was unique in that competitors started from different European cities and made their way to Monaco, showcasing the capabilities of their vehicles along the way. The rally consisted of both driving and judging based on factors such as the elegance of the car, passenger comfort, and the condition in which it arrived in Monte Carlo.

The rally was initially held on public roads in Monaco and surrounding areas, and it quickly became a favorite among drivers and spectators alike. Nowadays, it is considered one of the most prestigious rallies in the World Rally Championship (WRC) calendar and is known for its challenging and unpredictable weather conditions. 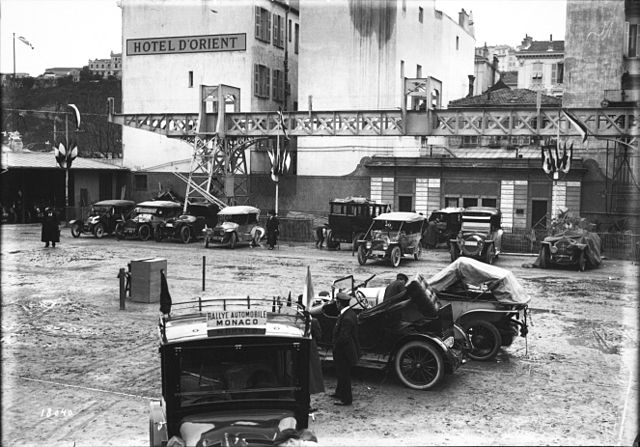 Over the years, the rally has undergone many changes, both in terms of the route and the regulations. In the early days, the rally was known for its long distances and grueling stages, but as the event grew in popularity, the organizers began to shorten the stages and increase the number of special stages.

One of the most iconic stages of the rally is the Col de Turini, a winding mountain road that is known for its spectacular views and challenging conditions. The stage is often run at night under the headlights, adding to the difficulty and excitement of the event.

One of the most memorable events in the rally’s history was the 1966 edition, which became renowned for its controversial outcome. In that year, Mini Coopers claimed the top three places, but they were later disqualified for alleged infringements of headlight regulations as they used modified bulbs in their headlamps, instead of regular manufactured ones, available to the public. The incident remains one of the most talked-about moments in the rally’s history.

In 1973, the Monte Carlo Rally became part of the World Rally Championship (WRC) calendar, further solidifying its status as one of the world’s most important and prestigious rallies.

Fast forward to 2019, and Sébastien Ogier’s victory was the closest in the rally’s history. The Frenchman won his sixth consecutive Monte by 2.2sec ahead of Thierry Neuville after a thrilling closing stage. It was a historic moment for Ogier, solidifying his place as one of the greatest rally drivers of all time. Both Sébastiens, Ogier and Loeb, boast an impressive 8 wins in the Monte Carlo Rally.

The rally is primarily held on asphalt, but the unpredictable mountain weather can bring a variety of conditions. Competitors may face snow, ice, and dry asphalt, sometimes all in the same stage. To navigate these challenges, crews must carefully select tires that will provide the best compromise for the changing conditions. Additionally, the rally has no mid-leg service, meaning that once crews depart in the morning, they must rely on the tools they carry with them to make any necessary repairs or adjustments until they return in the evening.

In conclusion, the Monte Carlo Rally has a rich history and tradition, with memorable moments and controversies that have helped shape the event into the prestigious rally it is today. It remains one of the most challenging and exciting events on the WRC calendar, attracting some of the best rally drivers in the world, and continues to be a favorite among fans.

Silver has played football since he was a small-small boy. Definitely not a pro, but probably not the worst. Keen to watch the Champions League whenever possible but surprisingly enough doesn't have a favorite team or a player.

The 2019 World Rally Championship (WRC) season was one to remember for Ott Tänak and his team. After years of…