The last Grand Slam of 2022 and the most played Slam of all time – the US Open – is ready to kick off on August 29th. Who are the favorites to win this year’s title and who will most likely cause an upset?

All eyes are on Daniil Medvedev (ATP #1), the reigning US Open champion, who ruined Novak Djokovic’s (ATP #6) chance of the coveted 2021 Grand Slam – winning all 4 majors in a single calendar year. After the dust settled the Serb had to “settle” for the Australian Open, the French Open, and Wimbledon trophies. The two men are the main favorites to make it to the finals again this time around, however, Djokovic’s participation is still under question as of writing this piece.

The United States has recently eased COVID entry requirements and now allows for unvaccinated visitors to also enter. However, this is not the case for the state of New York, which maintains tighter restrictions. This means Djokovic is (again) facing a precarious situation: in January, the organizers of the Australian Open and the state of Victoria would’ve welcomed the former world number 1, but the Australian government opposed it.

The last Grand Slam, Wimbledon, saw Djokovic lifting the title again, after beating Nick Kyrgios in the final 4-6, 6-3, 6-4, 7-6 (3). Medvedev couldn’t participate, as  Russian Federations players weren’t allowed in the tournament. If Djokovic plays the US Open, then bookies see him as a bigger favorite over the Russian, even though the latter has displayed great performances in the States throughout the years.

Rafa Nadal, who has won the two other Grand Slams of 2022, is third on the list as the Spaniard has suffered multiple injuries in recent times. After a lengthy struggle with a foot injury, Nadal pulled out of the Wimbledon semi-finals with a torn abdominal muscle.

A potential US Open dark horse, Alexander Zverev, hasn’t recovered from his ankle injury and recently announced his absence from the tournament. This leaves us with the young Spaniard, Carlos Alcaraz, who won this year’s Miami Open and is a force to reckon with on US hard courts.

As always, the list of possible winners is more varied with the ladies. The 23-time Grand Slam winner Serena Williams will hang up her racket after this tournament, but the hopes of the 6-time US Open winner making it 7 are anyway rather slim.

Iga Świątek is again the tournament favorite, yet her performances haven’t been as dominant as in the first half of 2022. Her winning streak came to a halt in Wimbledon and the Polish world nr. 1 has struggled to pick up the pace, losing twice in the Round of 16 and once in the Quarter-finals in her last 3 tournaments. Simona Halep (WTA #7) is seen as the 2nd biggest contender for the US Open title after she won a WTA1000 tournament in Toronto a couple of weeks ago and reached the Wimbledon Semi-finals. 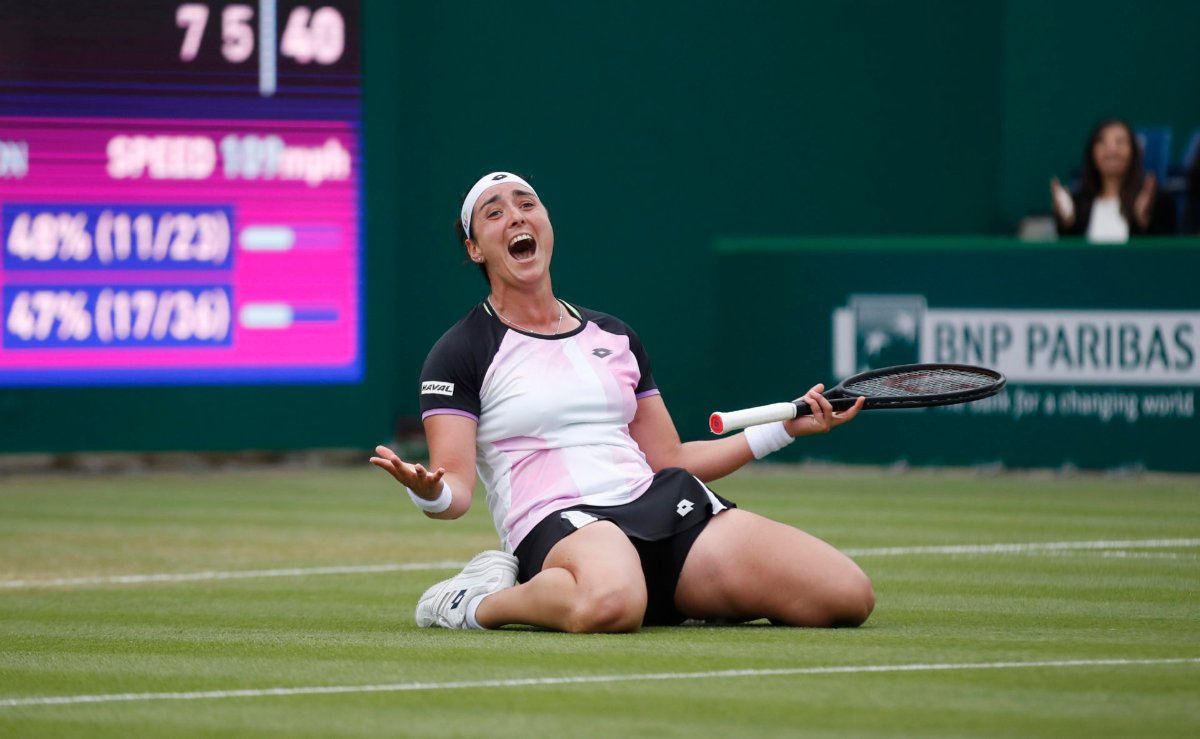 Looking at the WTA standings, Kontaveit, Sakkari, Badosa and Jabeur follow Świątek. The first 3 haven’t achieved much after a strong Spring and whereas Jabeur played the Wimbledon final, the Tunisian player has suffered some rather surprising losses after that. This means that they all have quite slim chances of winning, at around 5% each. Similar odds are expected for both highly ranked Americans, Jessica Pegula (WTA #8) and Coco Gauff (WTA #12).

To further illustrate the point, there have been 7 different women’s Grand Slam winners since 2020: Sofia Kenin, Naomi Osaka (2), Iga Swiatek (2), Barbora Krejcikova, Ashleigh Barty (2), Emma Raducanu, and Jelena Rybakina. Barty is retired, Osaka and Kenin are underperforming, Raducanu and Krejcikova seem to be more like one-offs. Rybakina won at Wimbledon, but it’ll be a tall task for the young Kazak to go 2 in a row.

The most played Grand Slam of all time

The US Open proudly holds the title for the most played Grand Slam as this year marks the 142nd birthday of the tournament. Wimbledon started four years earlier, yet the US Open was the only Grand Slam that was played throughout WWI and WWII. This also meant the first decades of playing the tournament, it was mainly US-born players lifting the trophies.

Whereas Wimbledon is known for its traditions (i.e. wearing all-white), the US Open quite oppositely, for its updates, such as colorful clothing and introducing tie breaks. Introduced in 1970, the tie breaks were played until 9 points, meaning if the scoreline read 4:4, both (!) players had a set point. This lasted for only 5 years, when in 1975 the tie break was lengthened to 12 points (7 points to win) and required a minimum 2-point lead when reached 6:6. This also marked the end for both players having a simultaneous set point.

Other Grand Slams followed suit and started using the tie break, however with one difference. When reaching the deciding set, other Slams still required a 2-set lead to win, meaning no tie break. This means in 2010 we witnessed the longest tennis match of all time. John Isner and Nicolas Mahut went for 11 hours and 5 minutes in the first round of the men’s singles in Wimbledon before finally, Isner won 6-4, 3-6, 6-7, 7-6, 70-68 (!). In total, the match spanned 3 days. 2022 marks the first year when all Grand Slams use a tie break in the deciding set, but the first to 10 points will win.

The third significant update by the US Open was to introduce hard courts in 1978. This change was brought with the construction of the USTA National Tennis Center, home of the US Open. 10 years later, the Australian Open followed suit. The French Open remains on clay and Wimbledon famously on grass. Nowadays, other tournaments throughout the year are played most often on hard courts, a nod to the breakthrough from New York.

10 RISKY Transfers That Paid Off!

The Most Unforgettable Moments Of The 2022 NBA Playoffs